With 7 horses from the yard leaving for the Nationals on Wednesday afternoon we were prepared for the next few days being very hectic!

Day One started the competition very well with Becky winning the Inter II National Title on Caluna with 68.92%.  Becky rode  a super test although keeping the piaffe and passage quiet so Caluna did not get too tense and gave them both a good experience despite the pressure. We are very excited for when Caluna can perform the piaffe and passage in a test like she can at home as it is awesome!  Along with the prize money and trophey Becky also won a rug, and Le Meiux boots, bandages and saddle cloth from Horse Health who kindly sponsored the class. Linzi was also awarded a tankard for being the winning horses groom. Wally gained a very credible 66.21% to get 5th place in a very strongly contested class so we were all extremely pleased. 🙂

The focus for us on Day two was the Inter I competition where Becky had Emma Gallagher’s Andy Lykkegaard and once again Caluna in the class to try and get through to the top 15 to be put through to the music on Saturday. It was always going to be very tough as the competition was so hot but both horses got through to the top ten. Andy at only 16hh is not the biggest moving horse and made Becky ride every stride in the test so she was very pleased that he got through and Caluna had a couple of unfortunate mistakes missing out on the higher scores that she has proved she is more than capable of achieving but still getting in the top ten was excellent!

Day three (half way through!) and it was the assessment of the Potential International 5 year old Dressage Horse Competition with Carinsio. The pressure is always on for Becky to do well with Jack (Carinsio) as his competition record speaks for itself! So trying to push the nerves to one side Becky rode Jack through the test – although pleased with it and scored 8.3 Shadow Line just pipped her to the post with 8.32. Jack had to step up a gear for the Finals the next day 🙂

The Inter I music was in the afternoon – Caluna was tired by this point and made a mistake in her changes (and then tripped!) even though Becky did mange to get them in again at the end (thats the beauty of freestyle!). There were mixed comments from the judges on her choice of music, most loved it and one didnt! But the full audience seemed to enjoy both tests and gave big round of applauses with her finishing 8th on Andy and 9th on Caluna.

Day 4 was possibly the busiest of all! First off, Becky had Peanut (Le Chiffre), Sam Brown’s pony stallion in the Elementary open. At only 5 years old and with very little competition experience he behaved extremely well and the experience will have done him the world of good! Next was Josie’s Don Angelo in the Advanced Medium open class – having been very giddy when Becky had worked him Thursday, Friday and Saturday he got a little bit of stage fright when he went in and decided to be the complete opposite! The trot work was stunning, but the canter had a couple of mistakes. He finished 6th on 70.84% which was great in such a strong class, and we know he could have had a top 3 placing if he had been really on form! Donald is a super horse and we can’t wait for Josie to hopefully be at next years Nationals on him 🙂

The last class of the competition was the Young Horse Final. The top two from the 4 year old and 5 year old class went through to the ride off where they were put through their paces again with their normal rider and then with Andrew Gould (The Rider Judge)  to assess the horses rideability and feel. Andrew was safely on board Jack as asking Jack to stand in a situation like that is always a mission! He took him away and rode him with complete ease, Jack looked powerful, yet loose and effortless. The judges were won over by Jacks rideability, paces, power and temperament and went onto win the Championships 🙂 which was very much deserved! It was a real turnaround as not only did Jack become champion after coming second the day before the 4year old who also got second on the Saturday was awarded reserve champion, so it proves that rideability really is high contributing factor to these young horses!

View all posts by moodydressage 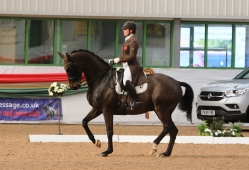 Hannah on homebred Jagerbomb and Becky on Heavenly Kiss BS 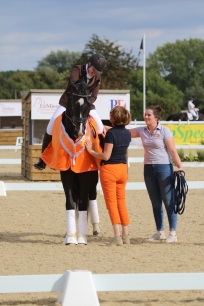 ‘Sir Fred’, the legendary HighlandxThoroughbred who began it all… 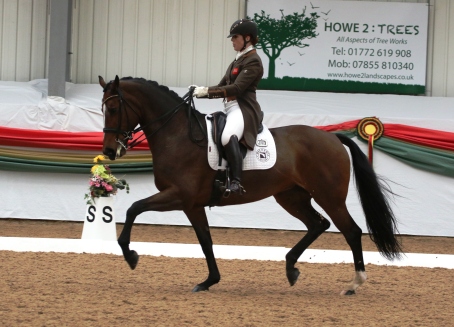 Iris at her first competition with Becky coming 2nd in the IntII, qualifying for Summer Nationals 2020. 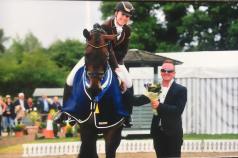 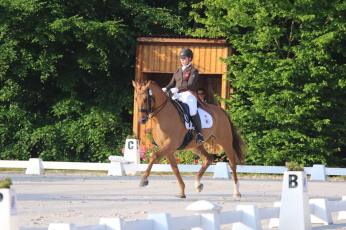 Bert and Becky in France 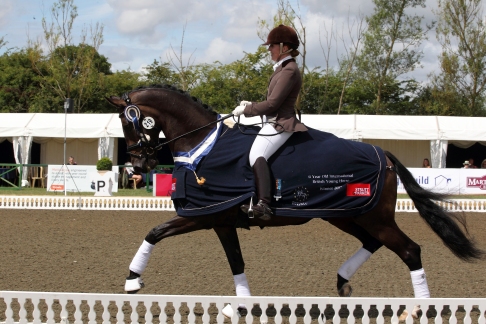 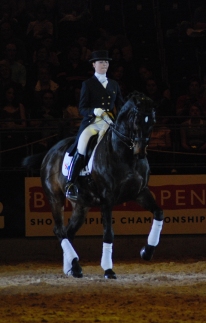 Becky and Pie wowing the crowds to their Queen Kur, Sheffield arena 2006 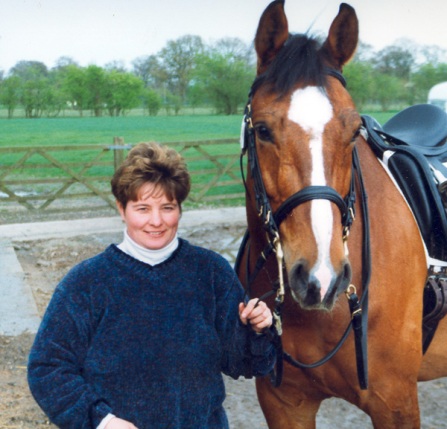 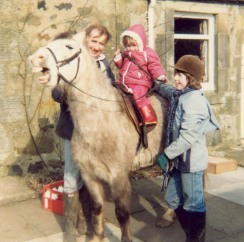