Lindsay Cameron has been at Moody Dressage since 1998. Linzi did her NVQ Level 3 with us and has competed very successfully up to PSG on Kwad, the Moody’s schoolmaster. She’s extended her animal interest from horses and one dog to multiple dogs and rabbits, ferrets and a canary!

Charlotte Hawke started working for Moody Dressage in the summer of 2010. Charlotte now has a lovely daughter Evie, and only works part time for Moody dressage, but I think it is a welcome break from the demands of motherhood! 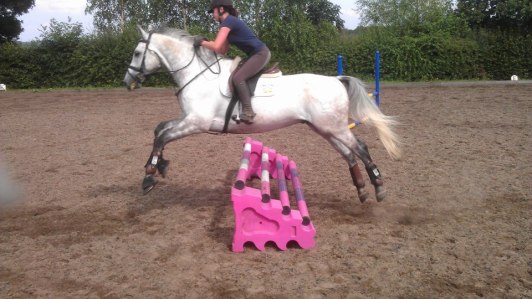 A bit of variety for Charlotte and Chin.

Sally Pilkington has worked at Moody Dressage for many years and is Yard Manager on the four days she is here. When Sally isn’t working she is usually helping her daughter Mollie who competes on BD Youth Teams and has competed for GB! Mollie also helps at Moody Dressage at weekends.

Livi Brook started doing weekend work at Moody Dressage in 2012 when she was just 10 years old – even then she was freakishly strong! 😂  Livi competed successfully on BD Youth Teams as well as Junior FEI Tests. Livi has her own horse and works part time on the yard alongside setting up her own business.

Anna Burns joined the Moody Dressage team in 2020. We knew her through Sam Brown who Anna had worked for in Newcastle since finishing college. Anna helps Becky and Hannah produce the young horses and will compete them at the start of their career.

Becca Jones has been working for Team Moody for many years now and is our resident weather reporter! Becca keeps the other staff happy with her excellent baking skills – the chocolate orange brownies being a firm favourite.

Isabel Eaton was introduced to the Moody Dressage team by Lindsay Cameron. Isabel works weekends and when she finishes school in 2021 will join the team full time to start her apprenticeship.

Alice Peace lives just down the road (convenient!). Alice works at Moody Dressage at weekends and during school holidays. Alice has her own horse, loves eventing and enjoys helping to hack out the Moody horses.

Julie Lockey has been a friend of the Moody Family for many years and was so inspired by the world of dressage that she decided to start breeding, buying and producing young horses (preferably black) in the hope that she could produce the next Totilas 🙂 Julie has a continual selection of lovely yearlings, 2, 3 and 4 year olds for sale (as unfortunately we cannot keep them all) so if you are interested in having a top class young horse please contact Julie at Bramley Stud.  Julie bred Heavenly Kiss BS and Lancelot BS, both exciting rides for the Moody Dressage team. Julie also owns Carinsio with Anne and Patrick Moody.  And her latest passion – driving – she has already competed successfully.

Jo Cooper first came to Moody Dressage for school master lessons back in 2010. Jo and Becky went to Holland pony shopping for Jo in 2014 where they found Eureko (Bert). Jo has a lot of work commitments away from home which meant Becky was able to nab the competition ride – and luckily Jo discovered she quite liked being an owner rather than competing herself! Jo now owns several very exciting horses including James Bond and Famke PF. Jo loves to come to competitions to help and support, her long suffering husband Rob also attends in his role as K-9 Director (and because he’s a good egg!). Rob regularly informs Jo that she may as well go to the bank, withdraw her money and burn it in the garden rather than spending it on horses 😂😂

Pat and David Webster have been involved in Moody Dressage through their daughter, Grace, since 2010. In 2018 in a moment of madness, they decided to expand their portfolio and invest in horses! Pat and David own some of the horses in partnership with Jo Cooper and enjoy supporting Becky and the horses at competitions.

Patrick Moody is a Non-executive Director of Moody Dressage (previously held the role of CEO but stood down when he felt Hannah and Becky were in control). His role may be less visible at Moody Dressage these days though he still has important responsibilities such as chief rat catcher and font of all knowledge.

An Oxford graduate he spent a year teaching English in India before turning to the world of business management. For the next thirty years he worked full time in the textile industry until, in a moment of madness he left his lovely secure office job and entered the big bad world of unemployment. This didn’t last for long of course – he was soon snatched up by Moody Dressage (taking a significant reduction in salary unfortunately) and has been there ever since!

Anne Moody was the lynchpin of the whole enterprise but is happy to pass most of the responsibility on to the “Team” these days. Anne is more of a ‘behind the scenes’ character but it is her professionalism and dedication that keeps everyone at Moody Dressage (family, employees and clients) on the right lines.

Without her childhood interest in horses, Moody Dressage would possibly not be here today. Born in Ireland the youngest of four, she eventually persuaded her parents to let her have a pony. Life was a tad different then and we hear tales of hacking for 7 miles and back to a ponyclub rally – none of this lightweight stuff that goes on now! She is an art graduate and taught before becoming a dedicated mother to Hannah, Sarah (the one who actually flew the nest) and Becky.

Bev Clarkson has been valiantly trying to help Hannah and Becky with their accounts and office admin – a job only the bravest of people could take on! Bev is super organised and her support allows Hannah and Becky to focus on riding and coaching.

Kelly Oxtoby we have known since pony club days – won’t say how many years! She has helped us in multiple ways from general grooming to riding to admin to driving Frank (the lorry!). Kelly now has her own business but we love being able to call on her support when she has the time. 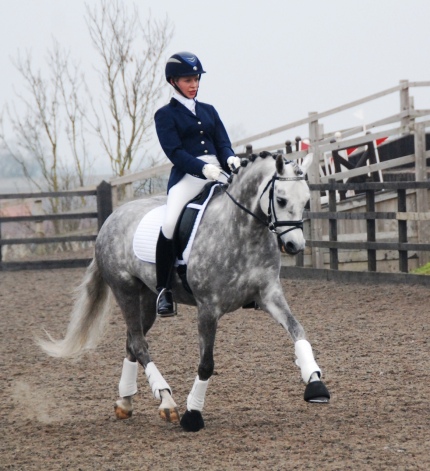 Tom Pears is the farrier to all of our horses and most of the yard. Tom is AWCF qualified (registered remedial farrier) and an approved training farrier. He is also very competitive, just missing out on competing for England in shoeing competitions. Tom has won several Yorkshire Show titles, and numerous ‘best shod’ awards in showing classes. Tom works closely with lots of vets, and takes on horses who need remedial and corrective shoeing for lameness and lameness prevention.

Hird and Partners Vets, particularly Peter Scholefield and more recently Alexis Kent and Sophie Boyd have been helping keep the Moody horses on the road since about 1999. They have fantastic facilities up at their centre near Halifax and also now have a base near Meadowhall. Check out their website: Hird and Partners Equine Centre

Sam Smith is our chiropractor extraordinaire. Sam started riding at Moody Dressage when he and Becky were mere whipper snappers, and he caught the horse bug with a vengeance. We are very sad that he buggered off down south (traitor!) but very glad that he still wends his way north to look after out horses! You can find out more about Sam Smith here.

Rachel Greetham is our Equine Physio who has worked with the Senior Dressage Team GB and her experience and knowledge is second to none. Becky and Rachel worked closely together when Becky was on the World Class Programme. Visit Rachels website.

Martin Brookes is the Equine Dentist to all the horses on the yard. Martin visits every 6 months for routine check ups and then if needed undertakes any other work that has to be done to keep the horses’ mouths and teeth in tip top condition! Martin has had extensive training and gained numerous qualifications. For more information please visit his website http://www.equinedentist.me.uk